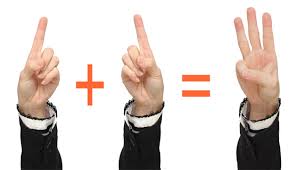 Imagine if you took a group of 10 random cyclists (we are going to talk about average club cyclists here, not formerly sedentary individuals) and then subjected them to a cruel and unusual punishment. First you would test their V02 max power and power at threshold – the 2 key markers of aerobic fitness.

Now for the next 8 weeks that group of cyclists were only allowed to do one training session a week. That session would just be an hour long and would contain a shed load of really nasty, hard V02 Max intervals and at the end of the session they would fall off their bike in a world of hurt. But that was all they were allowed to do. Nothing else, no other cycling, no cross training, not even vigorous coughing fits.

Now imagine we take a second group of 10. As before we test their key physiological markers. We then allow this group to do 3 x 1 hour rides a week. BUT these rides must be kept at 50-60% of threshold power. Basically village policeman pace with no intensity at all. As per the previous group no other exercise is allowed apart from these 3 piddle rides.

We then test the second group. They have trained more frequently but simply haven’t trained intensely enough and as a result their fitness markers have dropped by a similar amount to group 1.

But there was also a 3rd group I didn’t tell you about! This group did the weekly hour of torture AND the 3 really easy hour long rides. Now when we test the fitness markers of this group we see that the story is much improved on both groups one and two.

This group has fitness markers which have either stayed the same or improved.

Too many riders get obsessed with analysing each individual session to the nth degree and more often than not believing that only the sessions that have them chewing the handle bars are going to do them any good. This isn’t the case.

True enough if you never push yourself you’ll never get much fitter but by the same token if every ride you do is an adventure into pain you’re not doing yourself any favours. Sometimes a really easy chilled out ride is just what you need. It’s not the ride its self that makes you fitter but how it interacts with the more intense work they’ve been doing.

Many a rider has taken a 2 week touring holiday in the middle of the season with loads of good steady long rides. They then come back and find they have the form of their life. They then draw the conclusion that intense work doesn’t work for them and the way to get really fast is to do nothing but long steady miles.

More often than not for months before that break there has been a hell of a lot of hard, intense training and racing. The power of synergy simply resulted in those couple of weeks of touring unlocking the potential of that hard, intense work.

So if you feel your performance has reached a plateau have a look at the type of riding you’ve been doing. If there has been a lot of intensity in there it may well be that your performance could really do with a block of good steady endurance and tempo work. Conversely if you’ve been piling on the miles and not much is happening back off on the volume and bring in some tough stuff and you’ll be flying.

Never look at any one training session or even a block of training in isolation. There is a magic happening between all the sessions and blocks of work that you are doing which may not be obvious at first but it is there.

That’s the magic of synergy!