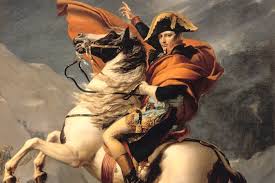 In training, to perform at a high level you are essentially going to war against your body. The human body is lazy and does not particularly want to be good at riding a crit, an epic 8 hour mountainous sportive or bombing round a time trial course at 30 mph. What your body really wants to do is the bare minimum and it will always do its best to not get fitter.

Your body wants an easy life. It will only get fitter if you hit it with a sufficient training stimulus regularly which makes its life uncomfortable and then give it sufficient time and resources to adapt to that stimulus. It adapts to the stimulus to when you hit it in the same way again it doesn’t hurt it and it doesn’t have to adapt. Because your body really hates to adapt – it’s hard work.

Essentially you are at war with your body. And like any war one side wants one thing and the other side wants something else. You want to get fitter and your body doesn’t really.

So if you want to get good at this war it wouldn’t do you any harm to do a bit of research on the ways of war. I’ve just read a really good book to that end “The 33 Strategies of War’’ by Robert Greene.

When you are unfit it’s a bit like fighting a really naïve army armed with no much more than spears and sharpened pineapples. Any old trashy training is enough to shock your body and it gets fitter. Easy. But when you have been training well for many years and are close to your limits it’s like trench warfare. You’re dug in against a an entrenched belligerent enemy and more often than not if you’re not careful it can all end in a very draining demoralising stalemate where both sides lose. A smashed body and smashed morale.

This is when you need to take a step back and question everything you know. Maybe hire a coach to get a different perspective.

One mistake it’s very easy to make in the war of training is fighting the last war rather than the present war. If season after season you’ve always trained in a certain way and that has always reaped rewards it’s very hard to break the habit of always training in that same way, even when it’s not working.

More often than not it’s stopped working because your body has finally got wise to it. It can be hard to see that though and what we can end up doing it just chucking EVEN MORE of the same old, same old at it in a do or die bid for a break through.

Towards the end of the 18th century Napoleon Bonaparte was the scourge of Europe and armies trembled in his wake. In battle after battle he defeated the armies of Austria and Prussia. For many he was not just a great general but a God of war. His successes came because he thought on his feet.

He had no grand strategy that he took into every battle. In every battle he was able to assess the situation anew, forgetting all battles that had gone before and saw things with fresh eyes.

The armies he was facing did not think like this. For them battles were fought to strict rules, guidelines and procedures. Whatever worked in the last battle would surely work in the next – except against this new general who thought outside the box it didn’t.

So next time you are in a training rut maybe continuing to ramp up the training load is not the right thing to do – or maybe if you’ve never done that before, it is. Maybe chucking even more seat of the pants V02 max intervals at the situation won’t work this time. But maybe it will. Try and take a step back from the battle, take some time out and see things with fresh eyes.

Hell if you’re really stuck and you’ve never tried it before spend a week on a beach somewhere drinking beer. I’ve known a couple of riders who have done this and come back with the form of their life. If your body has been used to a long war of attrition with nothing but hard grueling training actually being really nice to it and sending over some flowers instead of bombs might be all the persuasion it needs.

“Never take it for granted that your past successes will continue into the future. Actually, your past successes are your biggest obstacle: every battle, every war, is different, and you cannot assume that what worked before will work today. You must cut yourself loose from the past and open your eyes to the present. Your tendency to fight the last war may lead to your final war.”