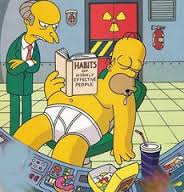 This morning I got on the turbo and on my time trial bike I did 2 x 25 minute efforts at 290 watts average each. Effort wise they didn’t really feel all that much easier than a 25 mile TT effort. They were just and I mean just below FTP. To be honest the last 10 minutes felt very much at FTP – I was hanging on and it wasn’t pretty.

Three weeks ago I did the same session and for this average power my heart rate was about 5 beats less and my perceived effort was considerably lower. I would say back then they felt maybe 15 watts below FTP. A tough session but I was always totally in control.

Between the first and second sessions I’ve performed 3 solid weeks of training and in that 3 weeks I’ve managed, to all intents and purposes to lower my FTP by about 10 watts. So that’s it – bikes are all going on e-bay and I’m taking up something more suitable for a middle aged man. Dominoes perhaps.

Only kidding. I can’t say I enjoyed that second session and me ego would have loved for it to feel easier but if I had it would have meant the last 3 weeks of training would have been pretty useless.
Once you’re already at a high level of fitness the ONLY way you can get significantly fitter is by putting your body under heavy, sustained pressure. Session building on session and week building on week. As the sessions pile up your body sustains more and more and more damage and your ability to put out impressive numbers at or above threshold drops.

Training makes you slower. You can’t expect to get stronger session by session while in the middle of a hard block of training. But after a lighter block of training your body will start to over compensate for the pressure it’s been put under and make adaptations and notch its level of fitness up a bit.

So it’s worth taking a dip in fitness in the short term for a rise in fitness in the long term. Anyone can turn up to a hard session super fresh and nail some hard intervals at great powers but all you’re ever doing with this approach is just making the best of what your body can already do. You’ll never move up a level like this.

This is not a sport for the perfectionist. Some days you will drag yourself into training carrying fatigue from training and fatigue from life in general. You will have a set idea in your mind of the numbers you can hit. If you can manage to get within 5% of those numbers even though it might not be a very impressive looking session it will be doing a great job. If you can’t get within 5% of your set numbers well your body is already under enough pressure to adapt as it is so move your recovery block forward.

But if you’re someone who tries to make every session a PB and if you can’t achieve this you just pack and go and go and sulk somewhere in a huff, you’re not doing yourself any favours. At the end of the day an amazing session when you’re fresh does no more good than pretty mediocre one when you’re tired. In fact the session where you feel like a donkey are actually the ones that will ultimately make you into a race horse.
So don’t be a perfectionist and when you chuck your leg over the cross bar just do the best with whatever you have on the day.