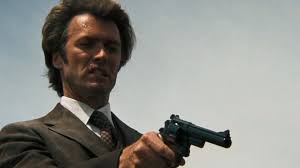 Clint Eastwood said that and who would dare to argue with dirty Harry!

Endurance training is bad for you. That may seem like a bit of a strange thing for a cycling coach to say but no more strange than a doctor holding up a pack of very strong pain killers and giving you the same advice.

Let’s say you go set off on a good hard tempo ride. You’re tapping it away really nicely at about 85% of your FTP and your effort feels like a 5 out of 10. All good. As you are riding though you are damaging your body. You are breaking down muscle and as the ride goes on stress hormones such as cortisol which suppress the immune system start to rise.
This ‘’damage’’ that you are inflicting on your body is the point of the session. Your body does not like it and if you subject it to a certain amount of damage on a regular basis it will get fitter so when you throw the same workout at it again it will be able to handle it without having to get out of its comfort zone.

But there is an optimum amount of damage you should inflict upon your body. An optimum session creates just the right amount of damage to stress the body enough to make it adapt but no more. If you do more than this optimum amount at best the body will adapt just the same as it would with the optimum amount. You won’t get any more benefit. In probability what will happen is you will create more damage than your body can fix and you’ll just get it ill, end up missing training and go backwards.

So how do we know what is an optimum amount? TSS (training stress score) is a good way of working out just how hard a session should be.

Your chronic training load (CTL) basically gives you an idea of what kind of TSS your body is used too. Let’s say you have a CTL of 60. Your body is used to a daily CTL of about 60 TSS points – which is round about an hour of tempo at about 80% of FTP. Any session greater than 60 TSS points will be giving your body a stimulus to adapt. So if you have a CTL of 60 and you do a session that generates a TSS of say 100 then you’d have done a good session.

The occasional big ride like this won’t do much harm but if every ride goes well beyond what is needed it’s a question of if rather than when you get run down and ill.

By always training just a little bit harder than your body is used to you’ll get steadily stronger and fitter and the amount of training you can productively do will increase.

So always train with your head and not your ego. More is not always better. The key work is always OPTIMUM.