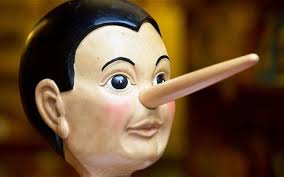 Yesterday I subjected myself to the joys of a 20 minute test on my watt bike. I did a good, progressive 20 min warm up so that my body was ready for what was to come. I could see my HR was a bit sluggish during the warm up. So I thought I would look at that and hold it to about 160-165 for the first 5 minutes, just to bed in.

I covered the displays with tape so that all I could see was time and HR and off I went. A few minutes in and my plans went out of the window. HR was at 165 and it was starting to hurt. Now it was just time to feel the burn and hold it. Jesus 20 minutes is a long time when you’re not having fun! By the last 5 min HR was up to around 169 and it was hurting. My legs were burning, my arms were burning, my gums were tingling and even my eye balls were in a bad way. With 2 minutes to go if someone had put a gun to my head and said give a bit more I would have pulled the trigger to end it all!

I did a 10 minute cool down and then uploaded the stats. With being a bit fatigued I wasn’t expecting much so I was thrilled with 337 watts average. 2nd best 20 min power for 5 years. I’ll hold off sticking all my time trial stuff on e-bay for a while yet.

Now then, what do I do with this information? Most people tend to turn to the advice of the Cycling God’s representative on earth Andy Coggan and use his holy formula of “95% of best 20 min power is functional threshold power (FTP – best power you can hold for an hour)”. For me that would be 320 watts. I’m all for positive thinking but if I attempted to hold 320 watts for an hour it would not end well. To be frank it would end WELL before an hour and may involve a puddle of sick on the floor and very possibly a coronary.

I get enquiries from riders asking me to review their training in training peaks and the first thing I do is check what they’re FTP is. Almost invariably it is set to 95% of their best 20 min power. I can immediately see that this number is way too high by observing their response to training at different percentages of this ego boosting false FTP.

Don’t let your ego and the silly 95% rule blind you to reality. Remember that a session that is a bit too easy will still do you some good whereas one that is too intense may very well not.

As a very general rule of thumb 10 beats of HR equates to around 20 watts of power. My average HR for the 20 minutes was 165 bpm which is putting my FTP HR at about 155 bpm av. So knock 20 watts off 337 and it gives me 317 watts. Damn! Even my trusty rule of thumb is being optimistic.

I decided to set my FTP to 305 watts. I tend to find 90% of best 20 minute power is a bit closer to reality for most people. But even then I stress most people. It’s sheer hubris to believe you can create a formula for deducing the relationship between best 20 min power and best 60 min power which will work for every person no matter what they’re physiology, no matter how hard they can push themselves and no matter where they are in their training year.

That latter point is important. People often group 10 and 25 mile TTs together in the same basket. ‘’I’m just training for 10s and 25s’’. You very rarely find a rider who can put their best 25 power out at the same time as their best 10 power. What you tend to find is best 10 mile TT powers occur at the start of the season after a rider has been doing a lot of sub threshold work. As the season progresses and the rider does more sustained work at or above threshold 10 power comes down but 25 power goes up.

I dare say if I did more 20 minute tests at some point in the season I would fall lucky and 95% of my best 20 minute power may well tie up with where my FTP was.

The 20 minute test is still a great test. It’s just a test to tell you what the best power you can sustain for 20 minutes is. A key critical duration. However IT IS NOT AN FTP TEST!!!!!

This morning I warmed up and did a very boring, albeit unpleasant 45 minutes at 283 watts at 150 bpm average. It felt like something I could hold for about 90 minutes in one go. In control but tough. Going back to my rule of thumb and 5 beats equating to 10 beats of HR and knowing my FTP HR is about 155 that’s putting my FTP at about 293 watts. It was warm in the garage and I was a bit tired from the day before so I reckon in better circumstances I could hold 300 watts.

So that it was I’ve set my FTP to. Hell of a lot less than 320 watts! I’ve deduced that FTP from a test, a normal training session and a little bit of common sense and judgement. This is how you determine FTP. Not through any one off test.

We have lots of graphs and numbers at our disposal now. FTP is a good starting point for working out what training zones you should work to. But always bear in mind that your FTP can vary on a day to day basis. As an example imagine you can hold 300 watts for an hour which you do. Then the next day you ride a 100 mile time trial at 260 watts average and make a proper mess of yourself. The next day when you drag yourself out of bed and train (if you’re mad enough to train) is your FTP still really 300 watts? You could argue it was but you just couldn’t hold that because you were tired. Or you could argue that on that day it was about 270 watts because on that day 270 watts was the best power you could hold for an hour. Which argument is right? Hmmm.

Then we have statistics derived from the wko / training peaks performance management chart – such things as training stress score and chronic training load. Great tools and the best we can do but an inherently flawed system because in no way does it take into account intensity. E.g. the whole thing holds together on the premise that rides of all different intensities can be compared on a like for like basis. E.g. you could ride for an hour to destruction and generate a TSS of 100 or you could ride for 2 hours at a much friendlier pace and generate a TSS of 100.

It’s possible to diligently follow a training plan with a training load that ramps up a sensible amount each week, carefully plotting your chronic training load then back off an taper and turn up on race day with a positive training stress balance (freshness) and expect from your charts and stats to have the form of your life but instead have legs that are dead, tired and completely devoid of the ability to ride hard and fast. This can happen if there has been too much intensity in your training plan and you are not someone who handles it well.

Does this mean I don’t use these tools? Not at all, they are still great tools but like any tool they have their limitations which I am always aware of. With the riders I coach and my own training if the tool says one thing but my gut instinct says as another. Sorry I always get the final say.

To the best of my knowledge there is no formula, no chart or electronic tool which can be used in isolation without common sense and experience and judgement. Anyone who claims otherwise should be viewed with great suspicion.

As the old saying goes. Knowledge is knowing a tomato is a fruit. Wisdom is knowing not to put it in a fruit salad!